Pump project at Eastman in the USA
Patricia Vanoli August 26, 2021

Gas is no longer a problem

High gas contents in liquid media can become a problem for pumps and lead to failures. A practical example at the chemical company Eastman in the USA shows how this can be solved.

– A pump caused repeated breakdowns at the US chemical company Eastman, at the largest site in Kingsport
– The problem with the closed impeller pump was the high gas content
– The manufacturer Egger solved the problematic with a new system design and a new pump with a semi-open impeller.

The pump for Eastman on the manufacturer’s pump test bench. Pictures: Egger

For several years, a pump at the largest production site in Kingsport, Tennessee, USA had been causing the company problems: it was operating on a process with water at high temperature and low pressure, generating the entrainment of more than 10% gas by volume in the form of water vapor. This often caused the pumps used to fail.

At first, a horizontal ANSI pump was installed which caused many failures, mechanical seal issues and misalignments due to thermal dilation. It was then replaced by an API vertical inline pump, which also initially had some design issues, which were resolved with the original vendor during the warranty period. However, the problem of gas-related failure persisted and continued to occur at irregular intervals. The gas load was clearly too high for this type of pump with a closed impeller. 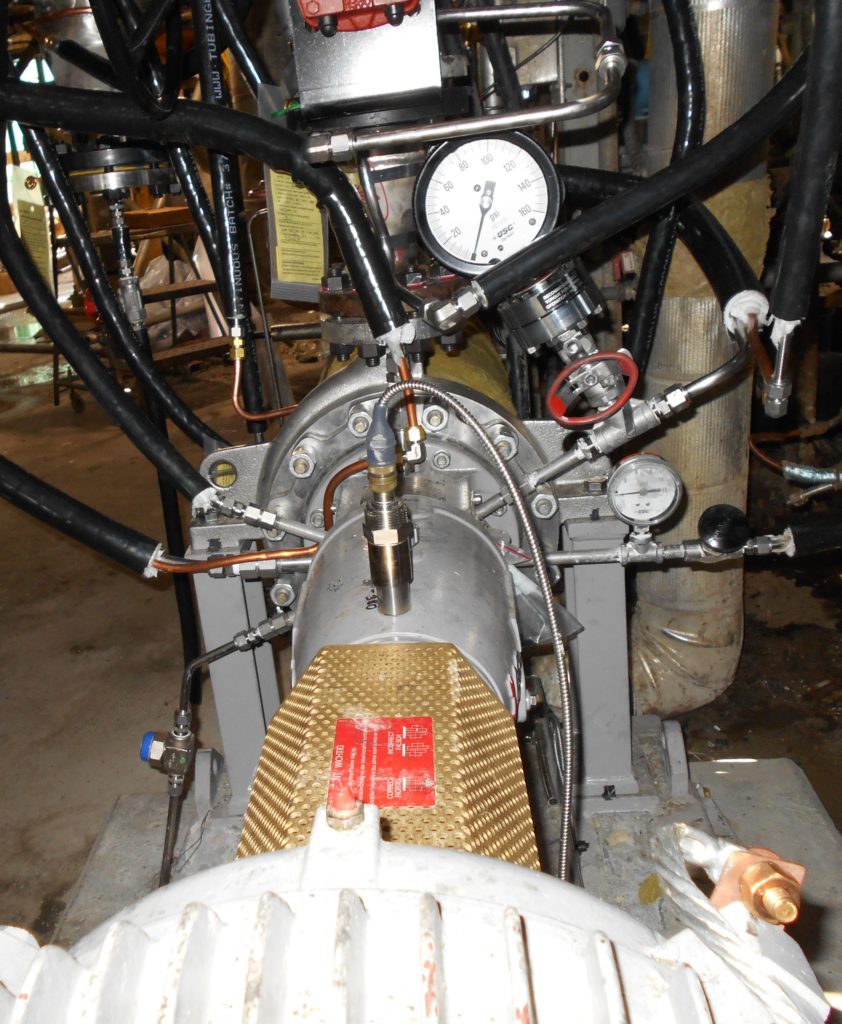 System design was optimized
It was a challenge that had to be faced. Eastman had already installed a pump from the manufacturer in its Sauget plant in Illinois in the past and one of the chemical company’s pump specialists remembered the manufacturer Egger’s capabilities with multiphase fluids. The two companies worked together since February 2019 to optimize the system’s overall design, at the Kingsport site, including suction pressure, flow, head, gas concentration, gas composition and piping-sections and arrangement.

The complete case study and engineering were managed within a month, and the pump delivered from Switzerland to the US job site within three months.
Since its installation in the plant, the pump is performing flawlessly with no interruption, loss of production or maintenance costs. The operator is satisfied. The “return on investment” is also remarkable: excluding installation cost, the entire order (a complete pump system, a spare unit and spare parts set) took only 17 days.

Egger pump series in superduplex for the salt industry

Welcome on Egger booth at ACHEMA in Frankfurt, August 22-26